Here is some good news for fans of Bitcoin slots casino games. BitCasino.io has recently added new and exciting games to play and challenge its clientele, mostly from Pragmatic Play. Bitcasino.io, which uses the CoinGaming.io platform, already has some of the best games out there in its library from developers like NetEnt and Endorphina.

The gambling site can now boast it’s added another big name to its list of game developers with the recent deal with Pragmatic Play. Pragmatic Play has developed a lot of games over the years, making it a good choice. The deal itself gives the online casino access to over 120 HTML5 slot games, which raises the BitCasino.io’s game library to include over a thousand games. According to BitCasino.io’s Head of Marketing Tomas Toro:

“We are thrilled to be adding more than one hundred titles from Pragmatic Play to our online casino game portfolio. We believe the new games will be a big hit with our players in Europe, Asia and beyond, and will help bring new customers to our site.”

Pragmatic Play are great developers and have several hits that are worth checking out for slot fans. For example, there is the Lucky Dragons slot, an Oriental-themed slot, it has five reels and 50 pay lines. This gives people a good chance of winning. In the game, players spin the reels hoping to get symbols showing the lucky dragons for them to win. The other winning combinations are reached by matching up other lucky symbols like tigers, phoenixes, and more.

Another game that is sure to catch player’s attention is the Beowulf slot. Based on the legendary Viking adventure, players will be excited by the challenge it presents. With five reels and 40 pay lines, players are hoping for winning combinations. The real challenge happens when the Beowulf symbols appear. This activates the Super Respin feature and gives players a chance to win up to 100,000 coins. There is also the basic respin feature that may not pay out as much, but can still potentially earn players a good jackpot.

This update gives players in Bitcoin casinos and sportsbooks that run on the CoinGaming platform a lot of new challenges. Pragmatic Play has always been one of the strongest names in the market, and having its games added to the BitCasino.io library gives fans of the brand a good reason to drop by and play slots in Bitcoin casino. 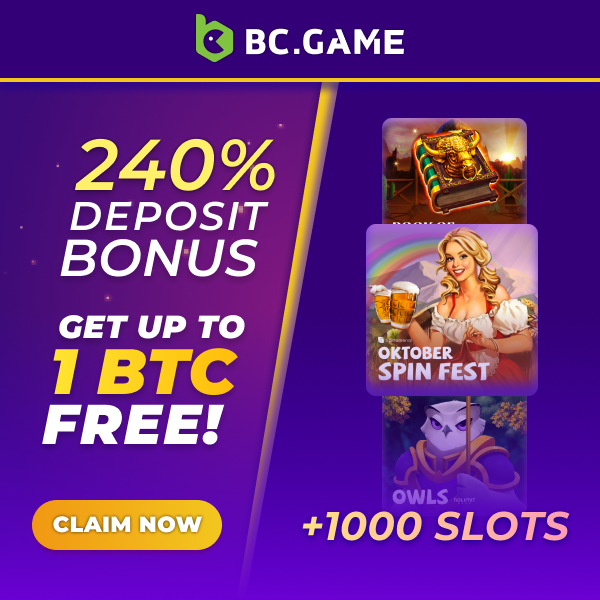